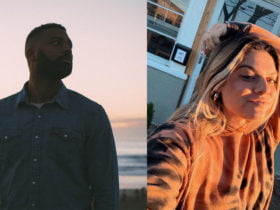 The Indiigo Child Team Up With Luma For New Song, “I’m Yours” – Listen

Coachella Valley Music and Arts Festival will be rescheduled its 2021 festival dates for a third time due to the COVID-19 crisis. Reported.

Accordance with the Rolling Stones, the 21st edition of the popular music festival will be pushed a third time, to October 2021. Coachella was about to happen in April 2020, but when it had to cancel due to Covid-19 pandemic, then festival organizers pushed the event to this month, after which again to April 2021 after COVID cases in the U.S. climbed all summer season.

The source says they’ve heard from Goldenvoice CEO and Coachella founder Paul Tollett’s office that the brand new date will both be within the first or second week of October 2021, “but they are holding the first three weeks to be safe” as not all artists have confirmed availability.

Goldenvoice confirmed in June that Coachella 2021 would go ahead with a different line-up to this year’s, which included Rage Against the Machine, Travis Scott and Frank Ocean as headliners.

The source says, “It’s going to be really challenging for the artists to decide because multiple factors always come in. What does the paycheck look like, what does the moment look like? Most, if not everyone, are watching what Coachella does. A lot of people are going to wait to see what they do before they really solidify their plans and either have to compete with artists or renegotiate.”

Another insider said they would “not be surprised” if Coachella didn’t return until 2022 due to the current situation in the US. Mark Scott, the city manager of Indio, meanwhile, revealed that his team were working on a “budget option” for a postponement.