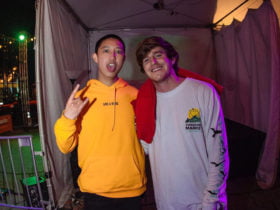 American rapper, record producer, and actor, Coolio has died at the age of 59, a report confirmed by TMZ.

Coolio’s longtime manager, Jarez, says Coolio went to the bathroom at his friend’s house, but when he didn’t come out after a while … the friend kept calling for him, and eventually went in and found Coolio laying on the floor.

He achieved enormous success in the 90s was visiting a friend late Wednesday afternoon when he passed away.

Law enforcement sources tell TMZ that no drugs or drug paraphernalia were found at the scene of Coolio’s death. An autopsy and toxicology test will be used to determine an official cause of death.

Paramedics were called to a house in Los Angeles around 4 PM for a medical emergency and when they got there they pronounced Coolio dead.