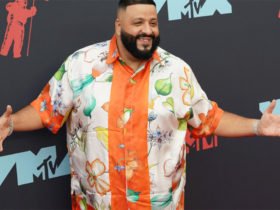 American rapper, Dababy has removed his apology statement to the LGBTQ+ community for the homophobic comments he made during his Rollingloud performance.

Many of the music festivals like, Lollapalooza, Governors Ball, Austin City Limits Music Festival, Music Midtown, and September’s iHeartRadio Music Festival & many more have removed him from their lineup.

Dababy mentioned in the apology statement written post, “Social media moves so fast that people want to demolish you before you even have the opportunity to grow, educate, and learn from your mistake. As a man who has had to make his own way from very difficult circumstances, having people I know publicly working against me– knowing that what I needed was an education on these topics and guidance— has been challenging. I appreciate the many people who came to me with kindness, who reached out to me privately to offer wisdom, education, and resource. That’s what I needed and it was received.“

Recently, Billboard published a report outlining a decrease in a radio play for Dua Lipa and DaBaby’s “Levitating” remix following the controversy.