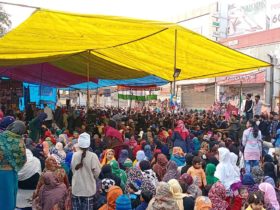 The talented DJ & Producer, Dane has released his dirty bass banger track called ‘Drops’ on UFO Recordz. Listen to the full track below.

Catching the attention of the team at UFO Network with his last release ‘Get Money’ as well as being asked to partake in UFO Network’s online live-stream festival as one of the evening’s closing acts, talented Polish DJ & Producer Dane returns & delivers a brand new, jaw-dropping single ‘Drops’ with UFO Network’s very own label UFO Recordz who describe Dane as “the next up & coming mainstream superstar.”

After his previous hat-trick of successful releases including ‘Basskick’ on Smile Creations, ‘To Me’ on SYGYE and self-released ‘Get Money,’ Dane is ready to take it up a notch in pure ‘Dane’ style with dirty bass banger ‘Drops,’ out now on UFO Recordz. His astounding dedication to his craft has seen him make incredible strides so early on in his career & Dane shows no sign of slowing down! Be sure to follow Dane on social media platforms below and stay up-to-date with the latest in new music & events by this rising star!.

Dane – ‘Drops’ is Out on Now on UFO Recordz – Download and stream the full track click HERE.

Music by the time he learned to walk. As a child, he was always surrounded by musical instruments, and it wasn’t long before he graduated from playing around with music to seriously honing his craft.

Talented DJ & producer Dane hasn’t wasted any time in delivering mind-blowing music, hitting the Beatport top-20 with his debut single ‘Basskick’. In 2020 he followed up his debut with the one-two punch of ‘To Me’ and ‘Get Money’, described by I House U as “captivating” and by UFO Network as “overflowing with swagger”.

Following the release of his debut, Dane hit the live scene hard with shows at festivals and clubs across Europe including ADE and Kingsday 2019, as well as a string of club and festival performances in his native Poland. Lockdown hasn’t slowed him down – he’s been killing it with regular live streams with huge partners such as UFO Network and Electric Line.

The potential of this exciting new DJ and producer really is incredible, he has already been compared to acts such as Malaa and Blinders and it surely won’t be long before he is taking over the scene.