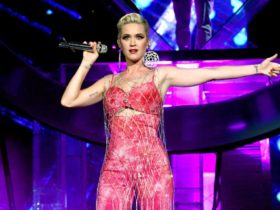 The track ‘Let’s Love’ will be released on 11th Sep 2020, (next month). The Titanium duo is all set to release their new track. David Guetta and Sia have worked together numerous times, on tracks like “Flames,” “She Wolf,” “Bang My Head,” and “Helium.”

Davia Guetta shared an 11-sec video teaser via social media and wrote that “Brand new single with @sia 11th September.” ‘Let’s Love’ was produced during the quarantine months and was written to spread a message of love and hope to fans and society in general in these dark days we’re currently going through.

Recently, their most iconic EDM track, Titanium, reached the astonishing milestone of 1 billion streams on YouTube and has become David’s fifth music ranked on the highest ten Billboard Hot 100 chart. but, this isn’t it, as their different songs together ‘Bang My Head’ with Fetty Wap, ‘Flames’ and ‘She Wolf’ additionally received a mixed number over the billion streams as well.

“Let’s Love” already sounds lovely even from simply the brief teaser, which, by the way in which, doesn’t even with the Sia’s vocals. but, the melody is harmonious sufficient, and given their song record, we’re certain that is going to be one thing worth ready for.

Meanwhile, Their song, ‘She Wolf’ has been the least streamed song of these 4 on Spotify getting roughly over 200 million streams, also, this one also counts with 500 million streams on YouTube.