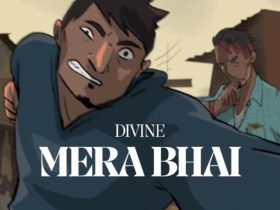 David Guetta shared the little clip on his social media handles with the caption, “Today, I’m happy to announce I’m joining @SensoriumGalaxy where I will perform exclusive sets in #PRISMWorld.”

The Sensorium Galaxy – a social VR platform, backed by Forbes-listed billionaire Mikhail Prokhorov and Jay-Z’s music streaming service TIDAL. All performances by David Guetta will be hosted at PRISM world, a hub for music events developed in partnership with Yann Pissenem, CEO & Founder of The Night League and creator of the world-leading nightclubs Hï Ibiza and Ushuaïa Ibiza.

“Sensorium Galaxy is going to take dance music and events to the next level,” David Guetta said, “so I’m really excited to come aboard! Whilst digital events have come a long way in the last months, I’ve not seen anything that comes anywhere near close to this. VR lets us create a new form of art. It’s a next-level experience that goes way beyond just watching a DJ show on a screen.

He added, “The shows that I am preparing for Sensorium will be the first step in a series of amazing projects we will release next year. I believe this platform can change the entertainment industry and the way artists communicate with fans forever – prepare to have your minds blown!.”