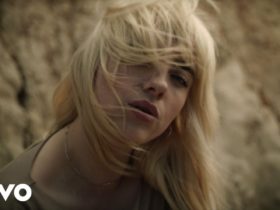 Must Read :- BTS Suggest Their Fans To Avoid Attending Their Future Shows Due To Corona virus

The American guitarist or co-founder of Mazzy Star band David Roback has died Monday at the age 61. According to the report, no cause of death has been announced.

David Roback was an American guitarist and songwriter, best known as the founding member of the duo Mazzy Star. He died on February 25, 2020.

He later cofounded Opal with bassist and singer Kendra Smith, who was a former member of another influential Paisley Underground act, the Dream Syndicate.

Opal released a pair of EPs and the 1987 album “Happy Nightmare Baby,” a classic of 1980s psychedelia that, due to troubles with SST, the label that initially released it, has largely fallen between the cracks of music history.

Smith left Opal in the midst of a tour that noticed the group opening for the Jesus and Mary Chain and was changed by singer Hope Sandoval. She and Roback quickly renamed the group Mazzy Star and launched their debut album, “She Hangs Brightly,” on the indie Tough Commerce in 1990.

Roback and Sandoval were both relatively media-shy and did not really capitalize on the moment, releasing the follow-up album, “Among My Swan,” some three years later before effectively disbanding. Roback worked with British singer Beth Orton on her 1999 “Central Reservation” album, and with Scottish folk guitarist Bert Jansch.

Roback also wrote and produced songs that were sung by actress Maggie Cheung in the 2004 film “Clean,” in which he also appeared.