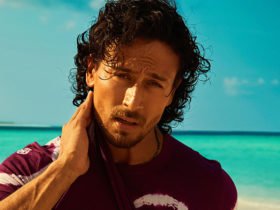 American electronic musician & record producer, Dillon Francis has unleashed his new single, ‘Be Somebody‘ featuring Evie Irie. Listen to the full song below.

Earlier this week Dillon Francis teased the track via Instagram while tagging Evie Irie. Then he said, “So here’s the artwork for Be Somebody and I wanna get gushy for a sec about the songs means to me. Growing up people always thought my dreams were a joke. It pushed me that much harder to prove them wrong. So this song is an ode to them! But also shout out to the people that did believe in me all along the way, i wouldn’t be here without you! Hopefully, this song inspires you to get at it and be the somebody that you want to be.”

Dillon shared his personal experience with this track and said, “‘Be Somebody’ is an ode to all the people that told me I was just a class clown and wasn’t gonna make it.” Evie added, “Be Somebody is Dillon’s story, and I’m so lucky to help share it. When he was telling me the inspiration behind his idea, I totally related to it. Just a small kid with big dreams in a school ground.”

Evie Irie sings, “And everybody’s fake as fuck / And I’m way too drunk, to pretend I’m happy … Me and my friends, we gonna pool our money / We gonna get a droptop, we gonna be somebody.“

Dillon Francis ‘Be Somebody’ Ft. Evie Irie Out Now! Like This Track? Stream & Download The Full Track By Clicking Here.