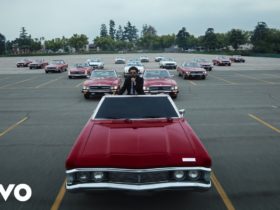 Again Dino James comes with his new super hit track, Every Dino’s songs have different vibes. In the new song, Dino motivates us, how life works, we do not lose hope we should focus on our life goals. A lot of problems come into our life but first, we should find the solution to that problem then continue. Know more about the song, listen to the full song here.

Hopefully, people will love this track, because we love motivational songs and we believe Dino for the motivation of meaningful lyric. His song has amazing different wives on every song.