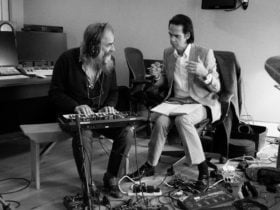 The American DJ, and record producer, Diplo has dropped his first ever Ambient album named ‘MMXX‘ featuring Rhye, Mikky Ekko, Good Times Ahead and Lunice. Listen to the album below.

Diplo said of the new release, “I’ve been experimenting with making ambient music for years now. In some ways, it’s a return to my roots—my first album Florida was all super chill instrumentals. “For the last few years I’ve been collaborating with a bunch of friends playing ambient sets around L.A.

He added, “when the pandemic hit we decided to lay some of it down. It’s been a huge stress reliever and meditative experience for me, hope it can be the same for you. Checking in with ourselves and taking care of our mental health is so important, now more than ever.“

Last week, he announced about the album, meanwhile, the album is featuring 12 tracks with the likes of Lunice, Good Times Ahead, Rhye, and Mikky Ekko, with each of the track titles given a roman numeral corresponding to its track number.

Also, Diplo has collaborated with the Smithsonian’s National Air and Space Museum to introduce Under Ancient Skies, a series of 4 intimate, outside occasions that includes live, ambient units from the DJ. The idea is supposed for small, socially distant audiences with stargazing led by the museum and environments crafted by Secular Sabbath.

“Awake up to the racial problems that don’t wait for a pandemic to slow down and in return protests and riots carried on as a last resort in search of some kind of change. Some kind of realization made us feel normal. I think it was a reaction to all the anxiety that we had to deal with this year. 2020 was fucked.” Diplo said while announced the album.