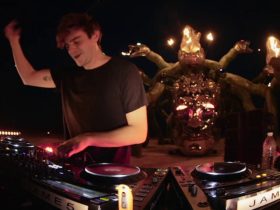 The album, ‘GOD DID‘ is all set to release on August 26 via We The Best Music Group/Epic Records. Also, he announced the lead single “Staying Alive” featuring Drake and Lil Baby, which will be released this week on 5th Aug.

The new track will continue Khaled and Drizzy’s collaboration, with the duo previously working on the triple-platinum cuts “POPSTAR” and “For Free,” the platinum track “GREECE” and gold-certified numbers “To The Max” and “I’m On One” and “No New Friends,” both with Rick Ross and Lil Wayne.