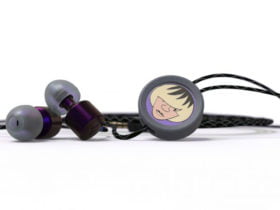 English singers, Dolly Parton, Cyndi Lauper, Belinda Carlisle, Gloria Estefan, and Debbie Harry have teamed up together and dropped their latest song named “Gonna Be You.” Listen to the whole music below.

The track is written by Diane Warren for the new movie 80 for Brady. The movie hits theaters on Friday, February 3. The upcoming movie ‘80 for Brady‘ is co-produced by quarterback Tom Brady, follows four friends (played by Lily Tomlin, Jane Fonda, Rita Moreno, and Sally Field) as they go to Houston to watch Brady and the New England Patriots play in 2017’s Super Bowl LI.

In a statement about “Gonna Be You,” Diane Warren said:

When I wrote “Gonna Be You” for 80 for Brady, I wanted to write a song that celebrated these women’s deep friendship. Since “80” was in the title I got a crazy idea, why not get some of the most iconic singers from the ’80s, who are still amazing and always will be, to all sing it?!!!! Everyone I approached said yes and was just as excited as me!! I’m honored to have Dolly Parton, Belinda Carlisle, Cyndi Lauper, Gloria Estefan, and Debbie Harry on this song!! “Gonna Be You” is that song you want to sing along to with all your good friends!!!