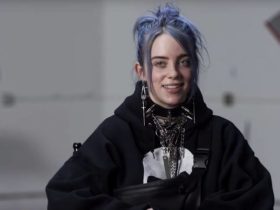 This year marked Parton’s first nomination for Rock Hall entry after more than 30 years of eligibility. She was inducted along with the rest of the class of 2022—Eminem, Duran Duran, Eurythmics, Lionel Richie, Carly Simon, and Pat Benatar—at the beginning of May.

“I’m a rock star now!” Parton said during her acceptance speech (via Rolling Stone), adding: “This is a very special night for me. I’m sure a lot of you knew that back when they said they were gonna put me in the Rock and Roll Hall of Fame, I didn’t feel like I had done enough to deserve that. And I didn’t understand at the time that it’s about more than that. But I’m just so honoured and so proud to be here tonight.”