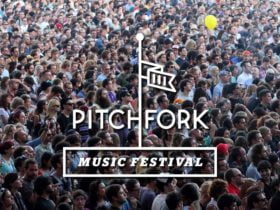 DJ Khaled has confirmed that the Canadian rapper Drake will be on his new single from his upcoming new album.

In May, Khalid shared a post on his Instagram, alongside a video celebrating his ‘Father Of Ashad’ album earning platinum certification, Khaled wrote: “New Album in the works. The first single BEEN has done!”, fans took the owl emoji as a reference to the owl brand of Drake’s file label OVO. He concluded the caption with, “MORE CHUNE PON THEY HEAD TOP (sic).”

Khaled has now confirmed in a recent episode of Drink Champs that Drake will indeed feature on his upcoming, yet to be titled, new single. “I’m working on the 12th album,” Khaled told hosts N.O.R.E. and DJ EFN. “Drake is definitely on DJ Khaled’s single, for sure – and the vocals sound so incredible.”

“I mean the frequency on that mother fucker, the sonics, the way that shit sound is just, it’s incredible,” he added. “That’s my brother, man. That’s like family to me. You know, Drake, you know what I mean, he always supported me.”

Drake Will Be On DJ Khaled’s New Single