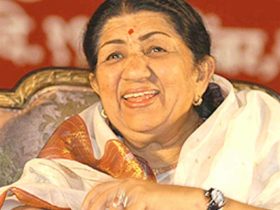 English singer and songwriter, Dua Lipa has won the best pop vocal album award at Grammys 2021 awards. Check out the post below.

She won the award for her sophomore album Future Nostalgia, which beat out records by Lady Gaga (Chromatica), Taylor Swift (folklore), Harry Styles (Fine Line), and Justin Bieber (Changes). It was nominated for both Best Pop Vocal Album and Album of the Year, while producer Andrew Watt, who worked on the song “Break My Heart”, won for Producer of the Year, Non-Classical.

Also, Lipa performed “Don’t Start Now,” which got nominated for Song of the Year and Record of the Year during the ceremony.