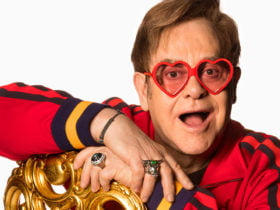 American singer-songwriter, Miley Cyrus has confirmed Dua Lipa & Billy Idol will be on her upcoming new album. Check out the post below.

In an interview with The EDGE, Miley Cyrus confirmed both artists will appear on her upcoming album after saying she had a song that sounds like if “Britney and Trent [Reznor] had a song together.”

Cyrus said, “You guys think I’m joking, like Britney and Nine Inch Nails, but I’m not, I’ve got Billy Idol and Dua Lipa on the same record.” Check out the full interview with Cyrus at around the 1-hour 4-minute mark.

When asked about few possible release dates for the album, Cyrus gave away no strong time frame. However, she shared that she felt it’s “meant to be played at a festival”.

“I’ve been working on this body of work for such a long time, I just want it to get to live its fullest potential,” she said.

Last month, Ronson hinted about the new track with the caption, “this song will make you call every ex you ever had”.

READ MORE – Taylor Swift To Perform At The 2020 ACM Awards

“When I called Mark that day to get in the studio, I had said to him ‘I was gonna call you, or someone that I shouldn’t’,” Cyrus explained in the interview. “This was also at the time when I was working on getting sober and kind of figuring out sobriety and was like, if I can’t get high, I’m just going to write about it. It’s one of my favourite songs off the record.”