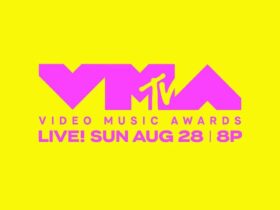 In the animated video, Dua Lipa is performing for a wide-eyed crowd of cartoons, rides giant pink unicorns, and dances through several colorful settings. The video clip was inspired by the Studio 54 aesthetic and cartoons from multiple iconic eras.

Animated video design by the experts at The Mill and it’s a throwback to the raging Studio 54 era, with a cartoon Dua taking the stage at the weirdest club you’ve ever seen.

The new song “Hallucinate” is lifted from Lipa’s hit sophomore album Future Nostalgia, following “Don’t Start Now,” “Physical” and “Break My Heart.” Future Nostalgia dropped March 27 and went straight to No. 1 in the U.K. and Australia, and peaked at No. 4 on the Billboard 200.