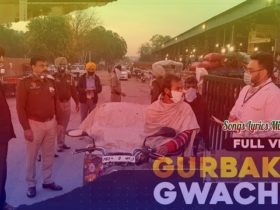 ‘Brightest Blue‘ also has the previously-released tracks “Worry About Me,” “Power,” “Slow Grenade” and 2019 tunes “Close To Me” and “Hate Me.”

She announced about the album on her Instagram and wrote about the track, “Today, ironically, I feel completely unjudged, I just feel the light and love from everyone 💙 My album, Brightest Blue, speaks for itself and I’m so blissfully happy for it to arrive.

“Please tell me what you think- today is only about the music,” She added, “because that’s all I have, beyond everything- it was always just about the music. Everything else is just noise.”

In November 2017 she was awarded the United Nation’s New Voices Award in recognition of her activism, and she was appointed a Goodwill Ambassador for UN Environment.