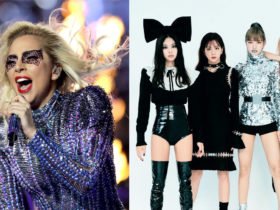 Last week, he opened the restaurant in his home city and named it after a lyric from his 2002 hit ‘Lose Yourself,’ which featured on the 8 Mile soundtrack: “His palms are sweaty, knees weak, arms are heavy / There’s vomit on his sweater already, mom’s spaghetti.”

Eminem said of the name: “In ‘Lose Yourself’ I was saying it from the perspective of Jimmy Smith Jr., the character I was playing in the movie. You make a spaghetti sandwich. It’s definitely some white trash shit. I still eat it today.”

He went on to say that the spaghetti sandwich is his favourite item on the menu at Mom’s Spaghetti. “Don’t even eat a bite of your spaghetti until you put it in the bread, because otherwise you’re gonna ruin the whole fucking thing.

“Don’t be stupid, if I fucking catch you doing that without the fucking bread, I don’t know what I’m gonna do. Hell, there’s gonna be hell to pay,” he continued. “I’m not trying to offend anyone, but if you’re a fucking idiot, don’t eat Mom’s Spaghetti.”