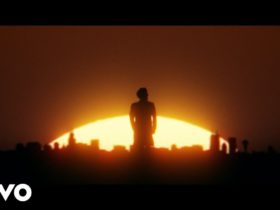 The most popular American rapper Eminem has released his eleventh studios album called “Music To Be Murdered By” and also released a video song “Darkness” from the album. Check out the album and video below.

The album consists 20 songs. he collabs with some big fishes include the late Juice WRLD in ‘Godzilla’, Ed Sheeran in ‘Those Kinda Nights’, Anderson .Paak in ‘Lock It Up’ and Young M.A. in ‘Unaccommodating’.

Here is the official album “Music To Be Murdered By” by the most popular rapper/rap god Eminem. Hope you like this and must share with your friends.

Eminem “Music To Be Murdered By” is OUT NOW! Like this track? Download on Beatport or add it to your favourite Spotify/Apple Music playlist by clicking HERE: http://smarturl.it/MTBMB

Here is the video ‘Darkness‘ by the Eminem, which deals with gun violence in America. In the song, Eminem raps from the point of view of a shooter targeting concertgoers from a hotel room. Hope you like this song and must share this with your friends.

Eminem(Real Name Marshall Bruce Mathers III) is an American rapper, songwriter, record producer and record executive. He is one of the most successful artists of the 21st century. In addition to his solo career, Eminem was a member of the hip hop group D12.