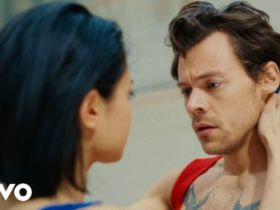 The Greatest rapper, Eminem has collaborated with Snoop Dogg for the new hip hop banger named “From The D 2 The LBC.” Watch the animated video below.

The raping single came with a music video directed by James Larese, which changes between live footage of the rappers and an animated world where they convert into Bored Ape-looking avatars.

Recently, Eminem has teamed up with CeeLo Green for the latest song named “The King and I,” produced by Dr. Dre. The track is taken from the soundtrack to Baz Luhrmann’s upcoming biopic Elvis, which will be out in theaters on June 24.

Eminem Collaborates With Snoop Dogg For New Hip Hop Banger, “From The D 2 The LBC”