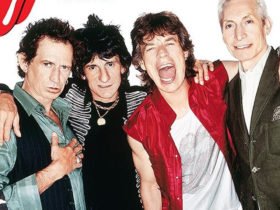 The American rapper Eminem has told that he will host an online listening party named ‘The Marshall Mathers LP’ next week, for his third studio album.

To celebrate its 20th anniversary of the album, which features the singles ‘The Real Slim Shady’, ‘Stan’, ‘The Way I Am’, and ‘Bitch Please II’. The listening party will take place on Wednesday (May 27) live on Spotify.

Eminem announced the news on his social media and wrote that, “#MMLP20 “I used to give a fuck / now I could give a fuck less” Stan drop, Listening Party and I got a new number- hit the site for more info on the 20th Anniversary of The Marshall Mathers LP”

‘The Marshall Mathers LP’ was produced by Dr. Dre, F.B.T., Mel-Man, The 45 King, and Eminem himself. Fans can join a live chat and listen to the album while the Detroit rapper answers questions from those online. Released on May 23, 2000, via Aftermath and Interscope Records