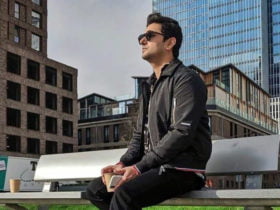 Eminem’s biggest album of all time ‘Recovery’ now turns 10 years old and on the 10th anniversary there is limited edition of ‘Recovery Merch’ is available for 24 hours on Eminem’s official store.

The rapper Eminem released the album, which features the singles like ‘Love The Way You Lie’, ‘Not Afraid’ and ‘No Love’, on June 18, 2010. Recovery was the seventh studio album in Eminem’s discography and chronicles the rapper’s road to recovery and his journey with sobriety. The album was the top-selling physical album for 2010, nearing 4 million in sales.

Eminem already gives the hint to his fans he shared the 30-second video teaser 3 days ago with the caption – “Music is my time machine” ⚡️#RECOVERY10 more coming Monday!”

Now all the blurry gossips are clear down recently Eminem shares the new video post on Instagram and tell his fans about the anniversary surprise. Eminem launches the limited edition of ‘Recovery Merch’ for only 24 hours on his official store. If you want to buy the limited edition of Eminem’s Merch then you can go directly to the store by clicking here.

The interesting fact most fans of Eminem would not know that the originally seventh album of Eminem which is this album ‘Recovery’ is going to be released with the name Relapse 2 but Eminem takes the decision and renamed to Recovery when he found that album is musically different from its predecessor album which is Relapse.

This album contains features like Pink, Lil Wayne, Slaughterhouse, and Rihanna. And the music producers like Dr. Dre, Alex da Kid, Boi-1da, and DJ Khalil. Recovery won the Best Rap Album 53rd Grammy award and one of the track ‘Not Afraid’ got the Best Rap Solo Performance 53rd Grammy Award.