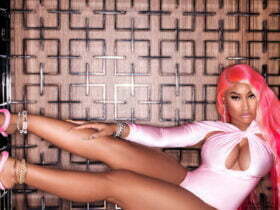 Shady Records shared a message post on Twitter with the caption, “We will be closed on Black Out Tuesday.  Join us in fighting for change. #TheShowMustBePaused#BlackLivesMatter#BlackOutTuesday“

Meanwhile, a grassroots campaign launched by the US music industry with a motto to “disconnect from work and reconnect with our community”.

He wrote, “Shady Records will join in the observance of Black Out Tuesday on June 2, 2020.

“On this day we will dedicate our time and efforts to help prevent social injustice and explore ways to assist in the fight against racial inequality.” He added.

The post included the information of several organizations that are leading the charge, including the Detroit chapter of the NAACP, Southern Poverty Law Center, Black Lives Matter, and Change.Org.

A number of notable figures within the Hip Hop community have spoken out since Floyd’s death — Killer Mike, T.I., Ice Cube, and Ice-T, to name a few. Last week, Shady resurrected the 2017 Revival track “Untouchable” and urged his fans to “speak up.”

Floyd died on Monday (May 25). He was pronounced dead at Hennepin County Medical Center shortly after arrival. The autopsy “revealed no physical findings that support a diagnosis of traumatic asphyxia or strangulation.”

Subsequently, Floyd’s family requested a second post-mortem from famed forensic pathologist Dr. Michael Baden. In accordance with USA Today, these results are anticipated to be handed down on Monday (June 1) at 2 p.m. CST.