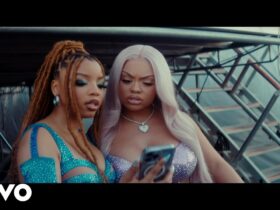 Emiway Banati announced this news by himself on his late-night youtube video Livestream and share this message – ‘Thank you everyone 🙏🏽 lots of love to you all 🤘🏽 it’s just a start aur machayenge 🔥’ in the description of youtube’s video.

Read More – Divine and Emiway why the Beef is suddenly Ended? (Full Story)

Recently the rapper crossed the 10 Million milestones of subscribers on his own YouTube channel. Currently, he is India’s most subscribed Independent Artist on YouTube. Emiway Bantai joined youtube on May 4, 2013, and now at this time, he has over 1.5 Billion total views on his YouTube channel.

His most viewed video song is ‘EMIWAY – FIRSE MACHAYENGE’ with over 217M views and EMIWAY – MACHAYENGE is at the second place in views count with plus 181M views.

During the live video, he asked his fans that “Should I create a new channel for gaming?” so, if you are a fan of Emiway Bantai and you want to see him as playing games and fun then you should comment on his video.

He announced the release date of his new upcoming track ‘Lonely’ which is International Collab and going to release on 2, August 2020, on his youtube channel.

His last release was ‘KAUN HAI YE’ with the amazing lyric of the song and he explains what struggle he faced in past, this song gives a thriller motivation, whenever you feel sad or nervous don’t lose hope, do whatever you want and you will get the success one day.