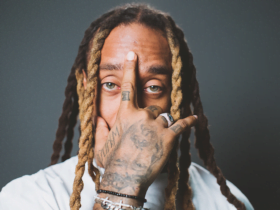 The music is directed by MALUM HAI NA, Artist performed & lyrics is given by EMIWAY BANTAI, Starring artist SWAALINA, & Music is given by TONY JAMES.

After the massive success of ‘MACHAYENGE,’ & ‘FIRSE MACHAYENGE,’ he again returned with the third part. Emiway surprisingly gives a gift to his fans at the occasion of the EID Festival.

Recently he teamed up with Chris Gayle for the biggest collaboration track, ‘Jamaica To India.‘ In Jan, Emiway released the desi hip hop song of 2020, ‘ROYAL RUMBLE,’ produced by Bkay.