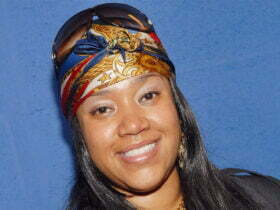 The track is directed by Carlos López Estrada, Produced by Nicole Jordan Webber, Andrew Chennisi, & Yusef Chabayta, Production Company by Obsidian. It was recorded in conjunction with Pokémon’s 25th anniversary.

Katy Perry said, “When I visited the Pokémon Café while touring Japan, I got so nostalgic. It took me back to my junior high years. So when I got the call to be a part of the 25th-anniversary celebration alongside Post Malone and J Balvin, I was elated.”

“The song’s themes—resilience, igniting your inner light—have guided my life and also parallel Pokémon’s story and characters. Pikachu is the evolved form of Pichu, so in the video, you see the younger version of me with Pichu and me in the present day with Pikachu. We both evolve, yet retain a sense of playfulness.” She added.

Recently, Perry announced her new show, ‘Play’ A Las Vegas Residency. The brand new show the residency will open on December 29 this year.