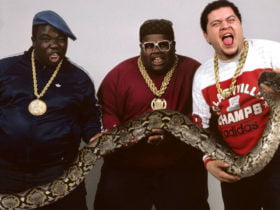 One year on since its release, check out the story behind Machayenge by Emiway, one of the biggest songs to come out of India in 2019. This is Story Behind The Song, produced by Red Bull Media House.

Machayenge in bantai lingo is an expression to suggest “we’ll have a blast” , is a fun song with beachy vibes. Here, Emiway is welcoming his listeners/viewers to come join him at his very own party island and party with him

Emiway Bantai shares on the video that he is goofing around and suddenly he made this track and now every person know the next line of this track. Emiway bantai never expecting such a response from the audience.

Mere bhai mera bhai is a hot track because this song have a raw lyrics with a simple meaning which people can relate. So, after this track Emiway are going to make a part 2 of this track which is Mera bhai Mera bhai 2. After that he was in Bangalore the word kallu mama pop up in his head and he likes the word. So, he started writing the lyrics of his news hit track.

Emiway bantai tries the lyrics are have to be simple and catchy so after the track’s lyrics finished he give a call to his music producer friend Tony James who produces the music for ‘Machayenge’. Tony James finds the sample which is the starting vocal intro he uses in the song and make a full party track.