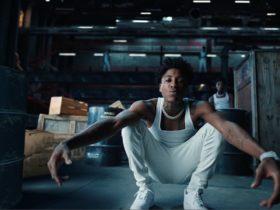 Mike WiLL Collaborates With Nicki Minaj & YoungBoy Never Broke Again For New Single, ‘Made It’

The American singer-songwriter Erykah Badu has hinted new music on the way. “Shit…look like I got time now,” Badu replied to one fan who asked, “Can we get an album?”.

The singer launched her own online store ‘Badu World Market’ on February 20 and revealed that the shop will feature some unique items.

Erykah Badu(Real Name Erica Abi Wright) is an American singer-songwriter, record producer and actress. Badu’s career began after opening a show for D’Angelo in 1994 in Fort Worth; record label executive Kedar Massenburg was highly impressed with her performance and signed her to Kedar Entertainment.