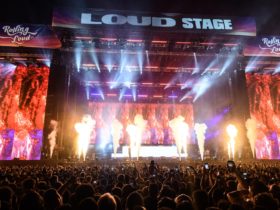 Canadian producer and DJ, Excision has hinted at something strange with a countdown via social media, it seems like something big is on the way.

He shared the post via Twitter and wrote, “Coming soon from the Excision team, the countdown begins now on www.excision.ca,” along with a timer that will end on Monday, September 28 at 12p PST.

Recently, he announced the Lost Lands edition of Couch Lands and now has kept everyone under suspense. It could be anything, like merchandise, however, it seems to be more than that. Other guesses about an album feel accurate, since his last full album was Apex in 2018.

The site enables visitors to subscribe to his e-newsletter so that they are among the first to find out about what is going on when X decides to spill the beans.