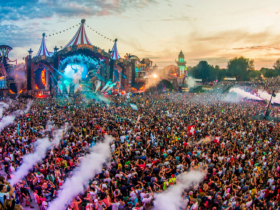 Today is a dark day for the Indian artist and music community. We have lost a true Punjabi legendary singer, “Sidhu Moosewala”. Also, his fans say that he predicted his own death in his last track, “The Last Ride.” Listen to the full song below.

Today, Moose Wala suffered bullet injuries and was rushed to a local hospital in Mansa. Dr. Ranjeet Rai, the civil surgeon at the Mansa hospital, said the singer was brought dead.

Meanwhile, His death at the age of 28 sent shockwaves across the entertainment industry with many celebs expressing shock and sadness at the rapper’s sudden death.

Many of Sidhu’s fans indicated out that the song included a lot of similarities with how the rapper died. The song was reportedly a homage to rapper Tupac Shakur (also referred to as 2Pac, who was shot dead in his car at the age of 25 in 1996). The song’s cover pic was the car Tupac was in that day.

Fan wrote, “We don’t know today will be your last ride 😭 Miss you bhai ji 😢 ♥.” Another fan wrote, “My bro predicted his own death 😭😭😭”. Another fan added, “He dedicated this track to himself but he didn’t know that he will be died very soon. He will always live in our hearts. We won’t be forgotten you Sidhu moose waleya. Rip legend Gone forever💔”