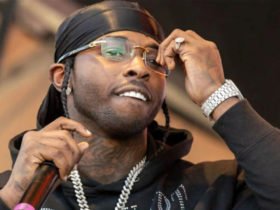 Shloka real name is Rahul Karn, He is a rapper. Shloka got a chance to participate in MTV channel show “MTV Hustle”. He appeared as a contestant on the show. In this show, he was seen performing in front of Raftaar, Rajakumari and Nucleya.

Shloka shares the preview of his new song ‘O Re Pita’ on instagram.

Shloka is famous for his unique style of hip hop rap songs, he blends the hip hop rap with classical music melodic touch, this is why their fans like him so much.

Talking about this track which is based on father, and during the track there is a message is given by son to his father that he wants to become a rapper and father have to support him. When first time shloka perform this track on the stage of MTV hustle in front of super star rapper Raftaar, Raja Kumari and EDM DJ Nucleya.

This track gives the goosebumps to all the 3 Judges and the crowd who sing this song live. The rap lyrics of this song have such a beautiful meaning and show the connection between father and son. After this fans are waiting to ‘O Re Pita’ official track and yes here it is you can listen it now the youtube video is down below.

Shloka started writing rap. He hip hop music since childhood. There was no internet in the village, he used to go to the cafe and listen to the songs, In December 2018, the group 5 tricks put a video on YouTube which got more than 35 lakh views. Slowly Shloka shifted to Patna by saving money. In 2019, Shloka got a chance to participate in MTV channel show “MTV Hustle”. He appeared as a contestant on the show. In this show, he was seen performing in front of Raftaar, Rajakumari and Nucleya.