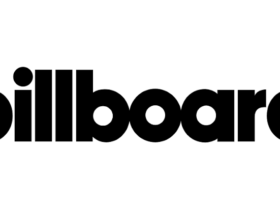 English blues rock singer-songwriter, and Fleetwood Mac co-founder Peter Green has died at the age of 73.

Peter’s family has confirmed his death, “It is with great sadness that the family of Peter Green announces his death this weekend, peacefully in his sleep,” the statement read. “A further statement will be provided in the coming days.”

The rock singer, was born in London on October 29, 1946. He played in several bands after beginning to play professionally at the age of 15, including Bobby Dennis And The Dominoes, and The Muskrats.

He released two albums with Fleetwood Mac – ‘Mr. Wonderful’ in August 1968 and 1969’s ‘Then Play On’. Inexperienced made his last look with the band on May 20, 1970, earlier than leaving the band. During his time within the group, he wrote songs together with ‘Albatross’, ‘Oh Well’, ‘Man Of The World’, ‘Green Manalishi’ and ‘Black Magic Woman’.

In 1965, he met drummer Mick Fleetwood while a member of Peter B’s Looners, with whom he would go on to form Peter Green’s Fleetwood Mac alongside guitarist Jeremy Spencer. John McVie later replaced Bob Brunning on bass and the band released their self-titled debut album in February 1968.

Green was inducted into the Rock And Roll Hall Of Fame with Fleetwood Mac in 1998 and was named by Rolling Stone in 2015 as one of the 100 Greatest Guitarists Of All Time.

“Most sadly have lost one of the most tasteful guitar players ever I have always been a huge admirer of the great Peter Green may he rest in peace,” Peter Frampton tweeted.