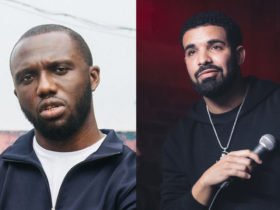 The American singer-songwriter Lady Gaga said that she considered the idea of achieving sobriety while making her new album, ‘Chromatica’.

In the interview with Zane Lowe on Apple Music, Gaga said: “I don’t take any pain medication, because it’s not healthy for me. But I’ve flirted with the idea of sobriety.  I’m not there yet, but I flirted with it throughout the album. It’s something that came up as a result of me trying to work through the pain that I was feeling.”

“But part of my healing process was going, ‘Well, I can either lash the hell out of myself every day for continuing to drink, or I can just be happy that I’m still alive and keep going,’ and feel good enough. I am good enough. It’s not perfect, but wabi-sabi. I’m perfectly imperfect.”

Gaga added: “I quit smoking. I smoked the whole way through making this record. And when we were done, I stopped. It was the most bizarre, beautiful thing that could have happened, that this music actually healed me.”

Opening up on her previous challenges, Gaga continued: “I think I forgive myself. I forgive myself for all the ways I’ve punished myself in private. I’ve been open about the fact that I used to cut.”