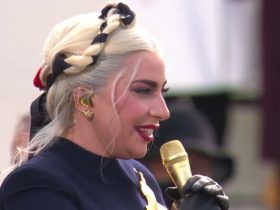 Australian musician, & record producer, Flume has confirmed his new album is on the way, he also shared First-Look with Forthcoming NFT Drop. Check out the post below.

Flume shared the album news via Instagram and wrote that “Our last NFT drop for a minute – previewing some of the new album visuals – on @niftygateway this Sunday. I recently moved back to Australia and have found myself living just down the road from @zawhatthe after we respectively spent a number of years in LA.

He continued, “The time away has made us both appreciate so many of the unique aspects of living in Australia, in particular those from nature. During the course of exploring those ideas, our area was hit with heavy flooding rains, cutting off one of the roads between our houses and I suppose that sort of event best sums up what it can feel like to be here.”

In the meantime, In 2016, he released his most recent studio album, Skin with astounding, groundbreaking productions including “Never Be Like You” featuring Kai, “Say It” featuring Tove Lo, and many more instant classics.

In 2019, he dropped his unexpected and well-received Hi This Is Flume Mixtape.

Flume Announces New Album Is On The Way