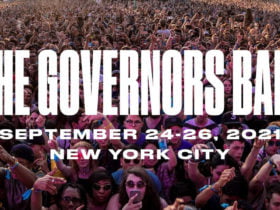 American rock band, Foo Fighters has revealed their 2021 full US tour dates, since their 25th-anniversary tour was cancelled. Check out the new dates below.

Foo Fighters said, “ARE YOU READY??? 2021 shows announced and many more to come!!! 🤘.” The band will play six shows across the Midwest, Oklahoma and New Mexico. Tickets on sale Friday, June 4th at 10 am local time – CLICK_HERE.

The band had to cancelled celebrate its 25th-anniversary last year due to COVID_19. So far, now the band announced their six-anniversary dates, with support from Radkey. Also, The band recently confirmed their headline set at this year’s Lollapalooza Chicago at the end of July, as well as at 2022’s Boston Calling festival.