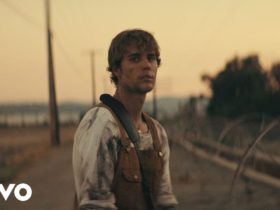 Hawkins was 50 years old, but no cause of death has been revealed. The band shared the news via Instagram and wrote that “The Foo Fighters family is devastated by the tragic and untimely loss of our beloved Taylor Hawkins. His musical spirit and infectious laughter will live with us forever. Our hearts go out to his wife, children, and family, and we ask that their privacy be treated with the utmost respect in this unimaginably difficult time.”

Hawkins’ most recent work included last year’s Medicine at Midnight, a project of Bee Gees covers, and Foo Fighters’ horror film, Studio 666. Prior to his tenure in Foo Fighters, Hawkins had played drums for Alanis Morissette around the release of Jagged Little Pill.

Hawkins joined Foo Fighters after the band completed their 1997 album The Colour and the Shape and has been a member since.