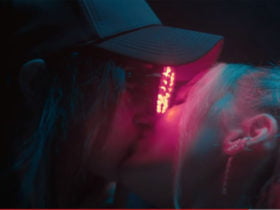 Jay-Z, Kate Bush, Foo Fighters, and Rage Against The Machine are among the nominees for the Rock & Roll Hall of Fame’s class of 2021. Check out the full nominees below.

This is the first-time seven nominees have been selected including, Foo Fighters, JAY-Z, Iron Maiden, Fela Kuti, The Go-Go’s, Carole King, and Dionne Warwick. In the meantime, Rage Against the Machine, Kate Bush, Devo, Tina Turner, Chaka Khan, Todd Rundgren, New York Dolls, Carole King, and LL Cool J have all been nominated once again.

The official page announced the news via Twitter and wrote that “The Rock & Roll Hall of Fame announces the Nominees for #RockHall2021 Induction – and the Fan Vote is now open. Watch the official announcement here.”

Previously, King was inducted as a songwriter alongside Gerry Goffin, and Turner was previously inducted alongside Ike Turner. Carole King and Tina Turner would follow Stevie Nicks as the second and third woman to be inducted multiple times.

Fans can vote for their favorites via the Rock Hall website through April 30; the top five artists will be submitted as a “fans’ ballot” alongside ballots submitted by the music industry.