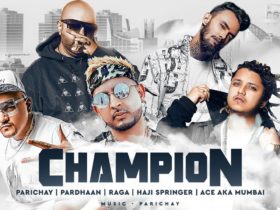 The famous American rock band Foo Fighter promised to fans that they would drop “some seriously crazy shit” over the next 12 months and also shared a little clip of their new music.

Foo Fighter wrote that on twitter :- In shocking way “Holy Shit!!! 25 years?! Thank you guys for being with us year after year…for singing along & making every show the best night of our lives.”

They are “JUST getting started“, and instructed their followers to “buckle up” in preparation for their upcoming tenth album. After added that “it’s going to be an INSANE year full of some seriously crazy shit…”

Foo Fighters is an American rock band, formed in Seattle, Washington, in 1994. It was founded by Nirvana drummer Dave Grohl as a one-man project following the dissolution of Nirvana after the suicide of Kurt Cobain