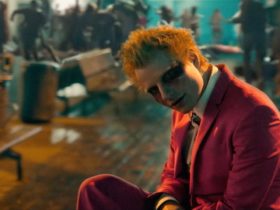 Last night, Foo Fighters shared the teaser video via Twitter with the caption, “#LPX,” we can see the burning red eye of guitarist Pat Smear, and is led by an isolated bass drum and handclap track. Then the band also shared another clip featuring drummer Taylor Hawkins, where the same red burning comes up with the song.

In 2017, Foo Fighters released their last full-length record with ‘Concrete And Gold’ and they confirmed that they had finished recording its follow-up in February. Then after In May, Dave Grohl teased the new album to David Bowie’s 1983 LP ‘Let’s Dance’.

He explained, “It’s filled with anthemic, huge, sing-along rock songs, It’s kind of like a dance record, but not an EDM, disco, modern dance record. It’s got a groove. To me, it’s our David Bowie’s ‘Let’s Dance’ record. That’s what we wanted to make, we wanted to make this really up, fun record.”

In the meantime, after the announcement of recent music imminent, followers are speculating whether or not the Foos will carry out the first single throughout their scheduled look on Saturday Night Live this weekend (November 7). This year, the band also canceled their 2020 Van Tour due to a coronavirus pandemic.