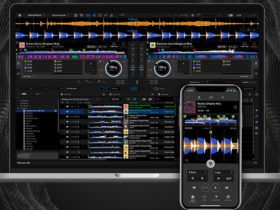 The track has appeared on Dave Grohl and co’s 10th studio album ‘Medicine At Midnight’, which was released back in February. The clip was written and directed by Dave Grohl and stars Jason Sudeikis as a coach hyping up an American swim team for a competition.

“Your toe points suck… stink… doodoo,” he shouts. “I have seen diarrhoea with more consistency.” He adds: “Today is the most important competition of your lives. Prove me right!”

Last month, Foo Fighters were inducted into the Rock & Roll Hall of Fame where they performed “Get Back” with Paul McCartney. The band is also set to star in Studio 666, a new horror-comedy movie scheduled to hit U.S. theatres on February 25.