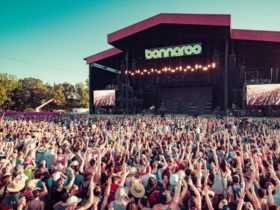 “Four Tet has soundtracked my life from GCSE revision to dancefloors at university and now I get the pleasure to work with him,” Universal Music Publishing Group’s A&R director Pete Simmons said in a statement.

“I’m honoured to represent a catalogue that means so much to not just me but the whole of UMPG. Looking forward to working with Kieran, Carol, and the wider Solar team. Special thanks to Amy Samson for making the initial introduction.”

The new development comes on the heels of Hebden’s ongoing dispute over streaming royalties with Domino, stemming from a contract he signed with the label in 2001.

Hebden filed his claim against Domino in a London court in late 2020, but the case did not become public knowledge until August 2021. The label removed three of his albums—Pause, Rounds, and Everything Ecstatic—from streaming services in November, citing the active litigation.