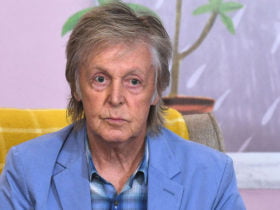 English rock band, The Who has announced their huge 2022 North America tour dates. Check out the full tour dates below.

The tour, ‘The Who Hits Back!’ will take place in late April, with the first leg running until the end of May. Then It will return to the States in October for another run of dates, which take them through until November.

Speaking of the tour, Roger Daltrey said: “Pete and I said we’d be back, but we didn’t think we’d have to wait for two years for the privilege. This is making the chance to perform feel even more special this time around.

“So many livelihoods have been impacted due to COVID, so we are thrilled to get everyone back together – the band, the crew and the fans. We’re gearing up for a great show that hits back in the only way The Who know-how. By giving it everything we got.”

Tickets go on sale on Friday (February 11) at 10 am local time here.