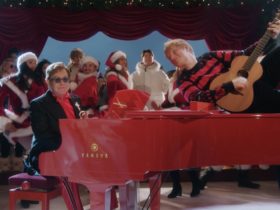 American funk and soul singer, Betty Davis has died at the age of 77.

A close friend of Davis, Danielle Maggio, whose research as an ethnomusicologist focused on Davis’ work, confirmed the singer’s death to Rolling Stone. Amie Downs, communications director for Allegheny County where Davis lived, added that the cause of death was natural causes.

A model by profession, Davis first began making music under her birth name Betty Mabry, including her 1964 single “Get Ready for Betty.”

An influential figure in the New York music scene in the late-Sixties, she would pen the Chambers Brothers song “Uptown (to Harlem)” and, in 1968, become the second wife of Miles Davis; the following year, Mabry, now performing under the name Betty Davis, would appear on the cover of the jazz great’s Filles de Kilimanjaro, with Betty also the inspiration behind Miles’ “Mademoiselle Mabry.”