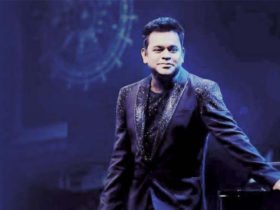 This song “Vapor” has amazing beats as well as great time slap vocal. After a long time he released his new single. His recent song had released on 2017 named ‘phonix‘, before that ‘Aurora‘ and ‘Elephant‘ had came. Hope you like this new song ‘Vapor‘.

Here is the official audio of ‘Vapor‘ by DJ Funkin Matt. You can listen here and must share this with your friends.

Funkin Matt – Vapor is OUT NOW on SPRS! Like this track? Download or add it to your favourite Spotify/Apple Music playlist by clicking HERE: http://sprs.release.link/vapor!YT

Funkin Matt(Real Name Mats Ronander) is a Norwegian record producer, remixer and DJ. Ronander is best known for his remix of Mariah Carey’s “You’re Mine”, with fellow producer Gregor Salto, which reached #1 on Billboards Dance Club Chart in 2014.