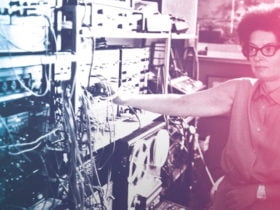 Must Read :- ‘I Never Said I Wasn’t a Guest in the House of Hip-Hop’ Says Eminem…

ET new details about the Las Vegas incident between Zayn Malik and Jake Paul, which prompted Malik’s girlfriend, Gigi Hadid, to speak out on Sunday.

On Sunday, YouTube star Jake Paul tweeted the following about Malik : “Almost had to clap up zane from 1 direction because he is a little guy and has an attitude and basically told me to f*** off for no reason when I was being nice to him…zane (I know) you’re reading this…stop being angry cause u came home alone to ur big a** hotel room hahaha (sic).”

“Bro he literally started yelling and freaking the f*** out ‘you wanna test me mate,’” he added in another now-deleted tweet. “Lol I feel bad for childhood stars”

Gigi Hadid then responded to the first tweet, taking a dig at Paul and his “YouTube groupies,” and declaring him “irrelevant.”

“Lol cause he doesn’t care to hang w you and your embarrassing crew of YouTube groupies ..?” she wrote. “Home alone with his best friends like a respectful king cause he has me, sweetie. Unbothered by your irrelevant ugly a**. Go to bed.”

“Someone needs to take my phone when i’m drunk because I am a f***ng idiot,” Paul wrote after delete the tweet.