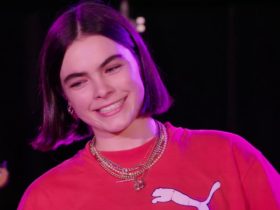 French heavy metal band, Gojira has shared a new single, ‘Into The Storm,’ ahead of their forthcoming album. Listen to the full track below.

Also the album, ‘Fortitude’ will be released on 30th April. through Roadrunner. The track marks from the band’s previous singles ‘Born For One Thing’, ‘Another World’ and ‘Amazonia’, which was accompanied by a fundraiser for The Articulation of Indigenous Peoples of Brazil.

Vocalist Joe Duplantier explained in a statement, “This song is infused with the concept of civil disobedience. Acting accordingly with our deepest wisdom and standing for what is precious and good in this world. The only possible revolution is the one that blossoms from within us”.

“Change will come from individuals. Laws are meant to be bent and shaped to our vital needs. LAWS WILL FOLLOW!”

The vocals come up, ‘Say something about awakening / The rebellion you felt before / Wake, change your course, laws will follow / Restart, reactivate the core’

“We don’t want to just release a song called ‘Amazonia’ – we want to do something on top of that,” Duplantier said. “We feel a responsibility as artists to offer a way for people to take action.”