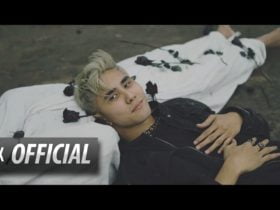 Every member of the animated outfit, 2D, Murdoc Niccals, Noodle, and Russel Hobbs will host their own episode of the hour-long show, with 2D helming the premiere. The first episode will out on October 19th at 5 p.m. ET, the second Ep will out on November 6th at 3 p.m. ET, the third EP on November 23rd at 2 p.m. ET, and the fourth and last one on December 9th at midnight ET.

Recently, Gorillaz unveiled their Song Machine series of singles will culminate in the release of a full-length project, Song Machine: Season One – Strange Timez, on October 23. Also, earlier this month, they dropped their new episode 7 named ‘The Pink Phantom‘ featuring Elton John & 6LACK.

Meanwhile, Gorillaz shared the trailer of their upcoming ‘Song Machine‘ live performance which will take place virtually from London this December. They will debut three new songs written for this project in three different time zones across the 12th & 13th of December.

This live gig series will bring together Gorillaz’s resident animator Jamie Hewlett’s visuals, coupled with live music performed by Albarn, who doubles up because of the virtual band’s frontman 2D. Last month, teamed up with the Cure’s, Robert Smith for a brand new song named ‘Strange Timez‘ directed by Jamie Hewlett. The track also marks episode six from the series Song Machine.