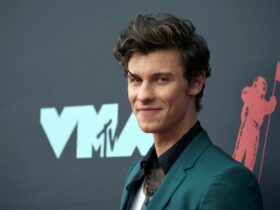 The track ‘PAC-MAN’ is the fifth installment of the ‘Song Machine’ series. “Pac-Man” was recorded in London prior to the COVID-19 pandemic, with Gorillaz assisted by producers Prince Paul and Remi Kabaka Jr.

Coming to the track direction, The song starts with Gorillaz mastermind Damon Albarn lacing his low voice over a thick beat that recalls the heyday of the G-funk era. The instrumentals get an added punch-up when Schoolboy Q first takes over, although the beat switches subtly again as the rapper glides over its woozy outro.

A ten-episode project to celebrate their 20th anniversary as a band, ‘Song Machine’ has seen them collaborate with Slowthai, Slaves, Fatoumata Diawara, Peter Hook, Georgia, and Octavian.

READ MORE – Headie One Teases New Collaboration ‘Only You Freestyle’ With, Drake

“Twenty years of drawing the same characters, you can’t avoid change; I think I tried to draw more realism into them around the fourth album. Now I find myself looking back at the original style, which reminds me of Seventies Hanna-Barbera cartoons that I grew up on,” Hewlett told Rolling Stone in May. “Ultimately, I would love to create an animation style as good as Chuck Jones’ style during the late Seventies. Also, I can afford to buy better pens now.”