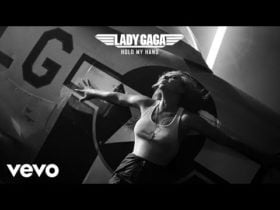 British virtual band, Gorillaz has shared the trailer of their upcoming ‘Song Machine‘ live performance which will take place virtually from London this December. Check out the trailer below.

They will debut three new songs written for this project in three different time zones across the 12th & 13th of December. This live gig series will bring together Gorillaz’s resident animator Jamie Hewlett’s visuals, coupled with live music performed by Albarn, who doubles up because of the virtual band’s frontman 2D.

“‘Song Machine’ is the ongoing and ever-evolving process,” a press release said, “which sees Gorillaz release new episodes throughout 2020, recorded and captured live in Kong Studios and beyond, and made available as and when they are ready.”

He will be joined by virtual bandmates guitarist Noodle, bassist Murdoc Niccals, and drummer Russel along with the full Gorillaz live band plus an alternative choice of featured artists.

Get a ticket for one or all three performances around the world to catch the first-ever live performance of songs from Song Machine, Season One. Click Here. Where ever you are in the world, Song Machine Live has got you covered.

In July, they released their latest new single named ‘PAC-MAN’ ft. ScHoolboy Q from the Song Machine series. The track ‘PAC-MAN’ is the fifth installment of the ‘Song Machine’ series. It was recorded in London prior to the COVID-19 pandemic, with Gorillaz assisted by producers Prince Paul and Remi Kabaka Jr.